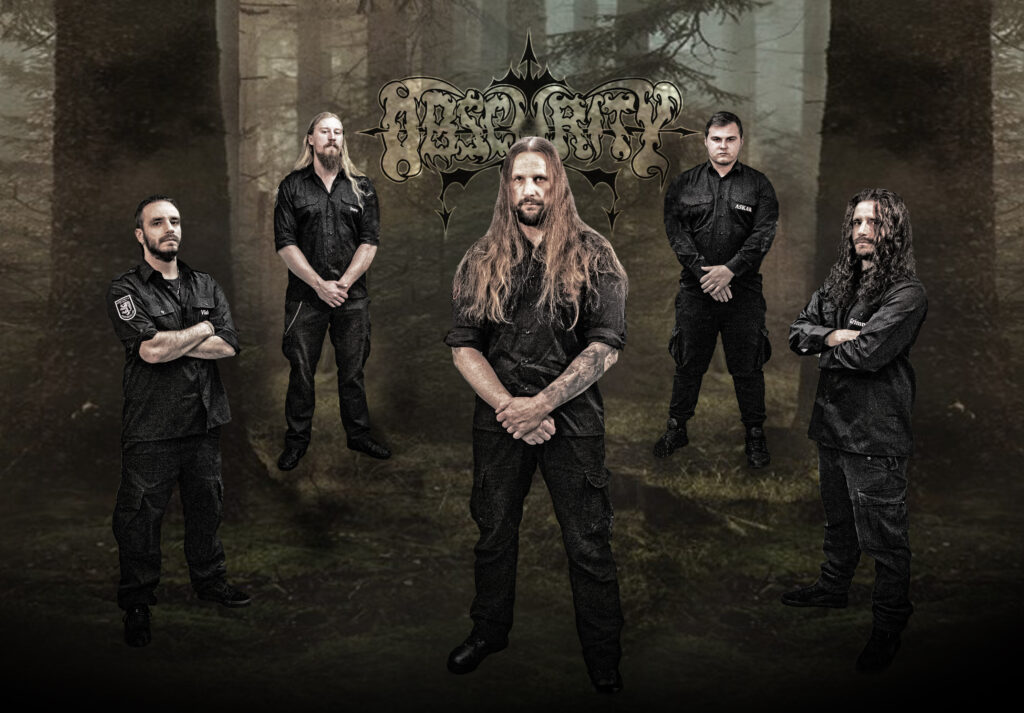 Hammer-forged from the hardest steel of the Bergisch Land, cast in fire, formed upon the anvil of metal, hardened by the water of the Wupper river. A battle axe, so deadly and sharp – made of the same material as the world-famous blades of Solingen …

This is how you could describe the birth of Obscurity in Velbert (Bergisches Land) in early-1997. Five brave warriors though musically inexperienced, but full of bellicosity, with sparse beard growth and united in their passion for heaviest metal – formed a force named Obscurity.

Three of the five founding members Agalaz, Ziu and Dornaz are still active in the band and they still stand for what Obscurity figurative means. They say about themselves: We love to make music we like, music we can trust in and not this kind of music that somebody will dictate us to make! Our music is from metal heads to the metal heads. Already in the year 1997 they said: We make Battle-Metal, not more and not less! The music they make combined influences of Black-, Death-, Viking up to Heavy Metal music.

Obscurity is one of the first bands of the German death-/vikingmetal-scene and growed up to the spearhead and most important blade of this kind of the German metal music. Over the years they have recorded eight studio-albums that have already been fired on the metal-scene, but also in concerts the Bergisch Lions are a powerful force. They proved it at countless festivals and club shows (like Rock Harz, Party San, Ragnarök, Turock Open Air, Darktroll, Wolfszeit, HRH Vikings oder Fiesta Pagana and many more) with tremendously positive feedback. Furthermore, Obscurity was a part of the Heidenfest Tour, the Pagan Fest Tour and also at three more European Tours where the lions have left a big footprint far away from the Bergisch Land. Obscurity would like to say: Thank you to all the organizers who trust in Obscurity!

Anyone who knows the boys knows that the most important things for Obscurity are to be close to their fans and to be always very much down to earth not taking themselves too seriously. This is what best describes the band from the Bergisch Land. During the last two decades the band could thrill a lot of loyal fans, but also friends and their families and the boys are still very grateful for what has been achieved. This would have not been possible without the aforementioned persons.

The very much down to earth guys from the lowlands of the Bergisch Land especially would like to say ‘thank you’ to their longtime brothers Tim Schuldt (4CN-Studios), Sascha Krüger (iMotion Factory), Bony (ex. Japanische Kampfhörspiele), Grimbold and Skjalgr for theirs tireless support into Obscurity. A special Saltute goes to the guys of Trollzorn-Records and the whole team also to the crews of the Northern-Darkness and Thunderstorm HMCs!

A great welcome to our new lion cubs in the band Askar (Guitar) and Isarn (Drums). When they joined the band Obscurity were not only able to welcome two new brothers, they also got involved musically quickly and significantly increased the quality of the quintet once again. Thanks Askar, thanks Isarn and welcome to the forces Bergisch Land.

More than Twenty years have now passed: The bones are aching, the hair is disappearing, they took some heavy blows and many privations were demanded of each individual. But the Bergisch Lions always leave the “battlefields” with their heads proudly raised and can still proudly look back on their long successful track record with a winking eye.

Go forward – as long as our boots carry us -Thank you very much for the memorable years!